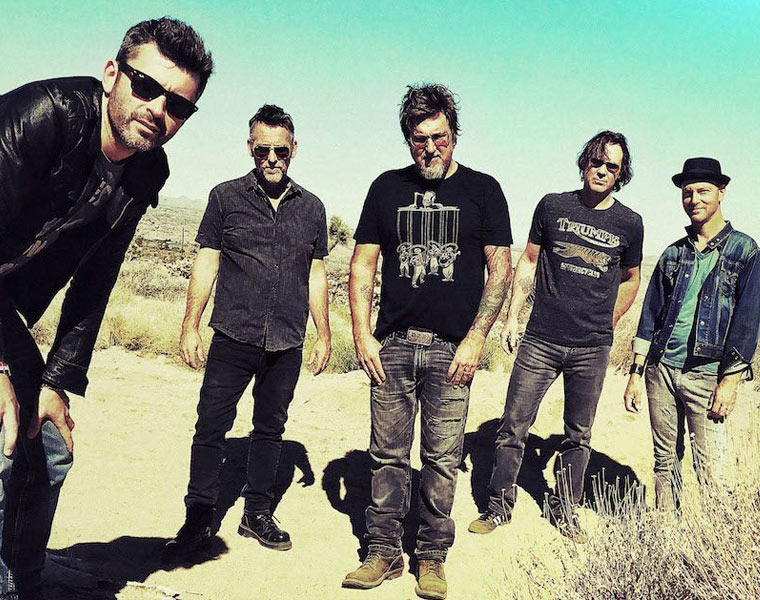 California Alternative Rock mainstays Dishwalla will release their 5th studio album “Juniper Road” through Pavement Entertainment worldwide digitally (June 16) and on CD (July 14) 2017. The album will mark the bands first full length studio release in over 10 years. As they say “All good things come to those who wait”, and “Juniper Road” stands true to those words. Blending elements of classic sounding Dishwalla anthems along with a modern edge, the band truly touches on every aspect of growth and staying true to its roots.

Throughout the 90s, Dishwalla made a name for itself starting with their smash hit debut album “Pet Your Friends”. The album lit up the charts and the airwaves in 1996 with their edgy hit single “Counting Blue Cars” which quickly propelled both the album and single to Gold status. Music programmers crowned the single as one of the most requested songs of that year.

Dishwalla continued its success by touring heavily throughout the late 90s and the early 2000s, and released further successful albums in the likes of “Opaline”, “Greetings From The Flow State”, and their self-titled “Dishwalla”. The band’s music has been featured in countless movies and TV shows. Most recently in 2012, Dishwalla was written into the plot of “How I Met Your Mother” on CBS.

In early 2017, Dishwalla launched a successful Pledge Music campaign in order for their strong diehard fan base to get an early taste of the album and other unique opportunities. The campaign was so successful in fact that the band quickly realized they needed assistance in delivering their new album “Juniper Road” to meet the demand on a global level. The band quickly inked a deal with Pavement Entertainment and are preparing the worldwide retail release digitally (June 16) and on CD (July 14) 2017.

Dishwalla is back with a gritty attitude and edgy musicianship reminiscent of past and present musical legends, along with an amazing story to tell. Catch them on tour all summer on various dates including the likes of Fuel and Marcy Playground.

NO REFUNDS. NO EXCHANGES. EVENT DATE, TIME AND ARTISTS SUBJECT TO CHANGE.